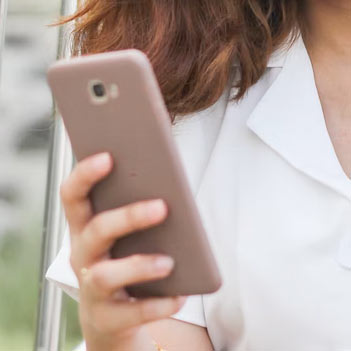 Buy now pay later is showing zero signs of slowing down, with being a very popular short term financing option particularly with Gen Z and millenial audiences. According to Forbes, total retail purchases using BNPL were expected to reach $100 billion in 2021 (a massive increase from $24B in 2020) [1]. The rise of BNPL has become a big disruption and threat to traditional credit card networks. We've shortlisted some of the biggest buy now pay later companies that are available in the United States.

Afterpay is one of the United States most popular BNPL payment companies. It was founded in Australia in 2014 by Nick Molnar and Anthony Eisen, and quickly expanded into New Zealand, United Kingdom (acquiring 90% of Clearpay), Canada and the US. It's said that Afterpay now have over 3.6 million US customers [2]. Afterpay works by breaking your purchase up into four equal payments over six weeks - the first down payment made when you make a purchase for the first time. Popular shopping categories for use of BNPL include clothing and footwear, furniture, home appliances and electronics. View a List of Stores that have Afterpay.

Klarna is a Swedish fintech company, and is one of the pioneers in the BNPL space. They launched into the US in 2015, and are one of the market leaders - also considered to be one of the biggest fintech companies to come out of Europe. They operate throughout a number of markets including Australia, where Commonwealth Bank invested and partnered. Popular Klarna Stores include Backcountry, Sephora, Macys and more.

Founded in 2013 in Sydney Australia, Zip Co Limited has been another big player in the Buy Now Pay Later arena, with millions of customers, over 80,000 participating merchants, and their global expansion has included a range of other markets including America where they acquired Quadpay in the third quarter of 2020. Their product offering includes two products Zip Pay (for small purchases) and Zip Money (for larger purchases). Zip is now said to have over 50k merchants, and serving more than 7.3m consumers [3]. List of popular stores with ZipPay.

Splitit allow customers a seamless checkout process where they choose the number of monthly repayments - and without any credit checks or application processes involved. They offer an payment plan via a network of participating online retailers like Allsole, Nectar, MyProtein and many more.

Quadpay is a popular payment method that provides consumers with a simple straightforward BNL payment method for both online and offline retailers. Founded in 2017, they quickly grew to over 10,000 merchants. Quadpay was acquired by Zip Co Limited in September 2020 for $296 million. They merged into a single brand approximately one year later.

Founded in 2016, Sezzle is a US based financial technology business offering shoppers a simple way to break down their purchase into 4 interest-free payments over a six week payment schedule. When applying, approval is instant, and without any affect on credit score. Sezzle have grown to have over 47,000 brands to shop from, including US department store Target which chose Sezzle as their preferred Buy Now Pay Later payment provider in 2021. In February 2022, Zip Co Limited announced a merger agreement with Sezzle to help accelerate their growth into the US market.